Possible State Government Shutdown: What You Need to Know

In preparation for a possible state government shutdown, we wanted to update you on where things stand and what to expect.

Yesterday (Thursday, June 28th), both the Senate and Assembly cancelled their voting sessions for Thursday and Friday. They do have one scheduled for Saturday and Monday. A budget must be signed by the Governor no later than midnight on Saturday, June 30th or the state government will close. This happened last year.
Both the governor and legislature are firm in what they would like to see from a state budget that will include a record number in additional spending, but the discourse surrounds where will the revenue come from.

Governor Murphy would like a $37.4 billion budget that would include a $1.5 billion hike in taxes. A millionaire’s tax would be added, and sales tax would be restored to 7%. The Senate President and Speaker oppose a millionaire’s tax and increasing the sales tax but support an increase in the CBT tax on larger corporations. There are other differences as well, including short-term rental tax on shore properties. 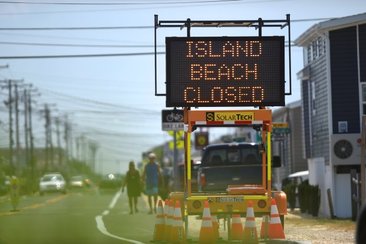 What Will Remain Open?

We hope this information is informative and we will update you as we know more.